Inspired by the poem “O azul” written by Brazilian poet Clarice Lispector, TerraBlue plays with the Portuguese word Terra, meaning Earth and soil. Earth, ironically mostly covered by water, blue as seen from space. Or blue as the sky when we look up from Earth. Is blue a matter of perspective? Is it possible to have mobile and yet nourished roots? These are questions permeating TerraBlue. 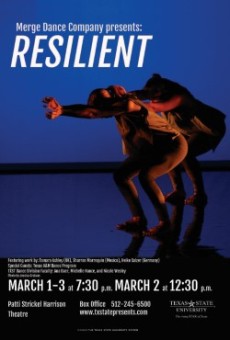 TerraBlue is a dance for camera work based on the artistic manifesto Antropofagia, (or cultural cannibalism), written by Brazilian poet Mario de Andrade. As a post-colonial theory, Antropofagia does not deny foreign influences but gives the colonized agency to choose, amongst the colonizer, who will be “devoured”. The image of violence, embodied by Antropofagia, re-visits views of civilization and savagery, cultural superiority and inferiority, originality and imitation, dominant and dominated; these new relations inspired the movement vocabulary for this project. Roots are present metaphorically and literally in TerraBlue, questioning belongingness, distance, and nourishment through images of water and soil. The performer transits through different locations maintaining her roots close, perhaps a form of resistance to the colonial domination that involves the deliberate destruction of the “other”’s culture or roots (Boaventura de Sousa Santos, 2010). Alongside, TerraBlue presents a magic realism aesthetic, which according to Slemon (1988) “can be seen to provide a positive and liberating response to the codes of imperial history and its legacy of fragmentation and discontinuity.” (21) Furthermore, the piece is a collaboration between Mexican and Brazilian artists living in The United States, exploring the connection between theory and practice through embodied research.

“We have been impressed with your insightful inquiry into the concept of identity and we have particularly appreciated the way TerraBlue explores the relationship between the body and space, as well as your elegant composition, reminding us of Darren Aronofsky’s works.” Cinemakers Team